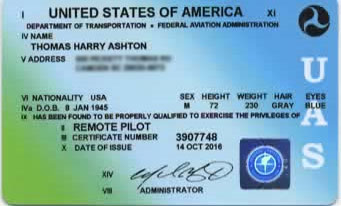 As an example the FAA has explicitly stated that “a Realtor using an Unmanned Aircraft System (Drone) to photograph a property that he is trying to sell and using the photos in the property’s real estate listing” is engaged in a commercial enterprise. A person photographing a property or event and selling the photos to someone else is also engaged in a commercial enterprise.

Realtors, Utility companies and other commercial drone operators “are subject to all existing FAA regulations, as well as future rule-making action,” the FAA said. This includes obtaining a Remote Pilot’s license with Unmanned Aircraft Systems certification.